The 19th Amendment to the U.S. Constitution states that “The right of citizens of the United States to vote shall not be denied or abridged by the United States or by any State on account of sex.”  It was passed by Congress on June 4, 1919, and obtained the agreement of the states on August 18, 1920, when Tennessee became the 36th state to ratify.

This yearlong series commemorates the amendment’s 100th anniversary, exploring the events that led up to its passage and considering its continuing relevance today.  As we will discover, the suffrage movement varied greatly from state to state, and race and class played a key role in determining how an individual experienced the struggle.  Significantly, the expansion of the right to vote in general was not a smooth, linear process; over the course of the nineteenth century, the expansion of the franchise to all white men regardless of wealth and property occurred alongside a restriction of the voting rights of women and free black men.  As a result, this series both celebrates the passage of the 19th Amendment as a tremendous achievement in the realm of women’s rights and recognizes the complex, and sometimes dark, history of voting rights in the United States.  It is a quintessentially American story.

September 24, 2020 - The story of "Stand," Lexington's new monument honoring women who fought for the right to vote 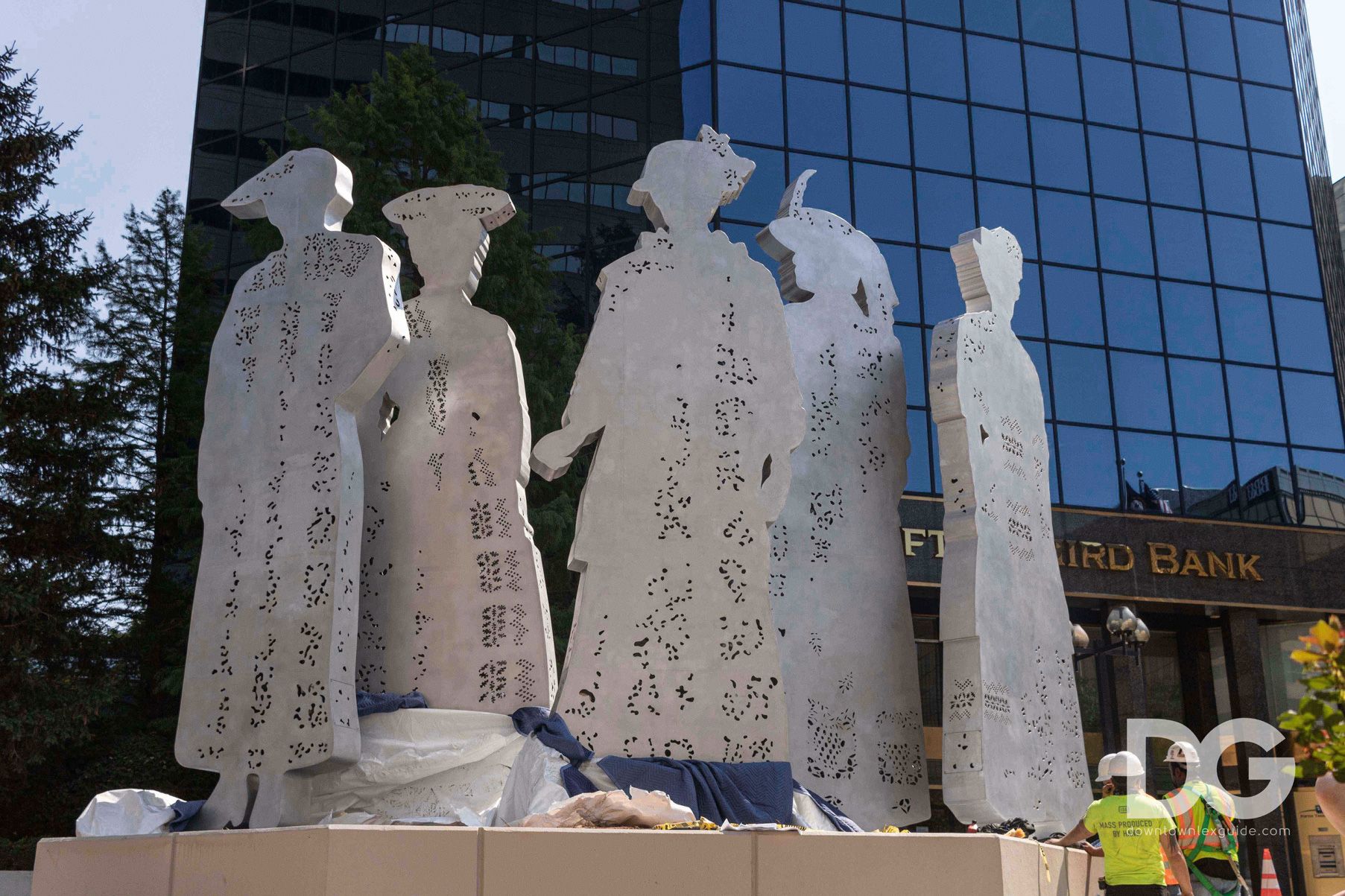 Series co-host Jackie Jay with University of Kentucky historian Melanie Goan on the uneven outcome of ratification of the 19th Amendment in the years following its guarantee of women's right to vote.

Series co-host Kathi Kern, herself a professor of history at the University of Kentucky, interviews Anastasia Curwood, Associate Professor  and Director, African American & Africana Studies at UK on the role of race in determining who immediately benefitted from ratification of the 19th Amendment, and who had to wait until many decades later and passage of the Voting Rights Act of 1965.